How Teachers on Call is responding to COVID-19. Learn More 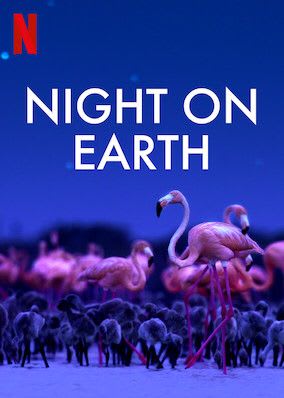 For the children who have an inexhaustible love of all things nature and animal, check out these great shows and documentary series online.

If your child loves animals, June is a great time to celebrate, because it’s National Zoo and Aquarium Month! We just recently did a post about some great virtual experiences you should definitely check out as a family. Once the cam-watching is done, check out these wonderful shows on your local streaming services to keep the learning going!

From IMDB: A documentary series focusing on the breadth of the diversity of habitats around the world, from the remote Arctic wilderness and mysterious deep oceans to the vast landscapes of Africa and diverse jungles of South America.

Narrated by David Attenborough, this award-winning series is a definite don’t-miss, especially if you loved such shows as Blue Planet.

Secrets of the Whales (Disney+)

From Disney+: “Secrets of the Whales,” from National Geographic, plunges viewers deep within the epicenter of whale culture to experience the extraordinary communication skills and intricate social structures of five different whale species: orcas, humpbacks, belugas, narwhals and sperm whales.

From IMDB: A documentary filmmaker forges an unusual friendship with an octopus living in a South African kelp forest, learning as the animal shares the mysteries of her world.

This documentary won an Oscar in 2021 for best documentary feature, and you will never look at an octopus the same way again.

From Google: Dr. K runs South Florida's Broward Avian and Exotics Animal Hospital, and this series follows the staff as it cares for rabbits, ferrets, foxes, fish, birds, reptiles, marsupials, and even primates. As do some other vets, Kelleher thinks domesticating wild animals like monkeys is a bad idea, but that feeling doesn't interfere with her taking care of them: "If it will fit through the door, I'll treat it," she says.

A must-watch for any child who wants to grow up to be a vet.

From Netflix: This nature series’ new technology lifts night’s veil to reveal the hidden lives of the world’s creatures, from lions on the hunt to bats on the wing.

We’ve all seen nature shows featuring how animals behave during the daytime, but this nighttime series just might change everything!

Need more to watch? Check out some of our other educational series posts like Four Great Shows That Encourage Kids to Learn More and Encourage Girls in STEM with These Online Shows. Happy watching!

Books and More to Commemorate Orange Shirt Day on September 30

Teachers on Call shares what school supplies your child might require for BTS Season.