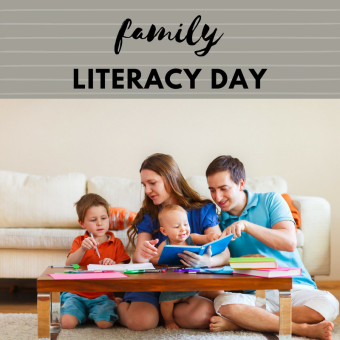 It is important to read and engage in literacy-related activities as a family. That’s why Family Literacy Day, a learning initiative from ABC Life Literacy Canada, takes place every January 27th! The theme for 2021 is “Travel the World Together,” and we’ve got some wonderful classic books and series that you may have enjoyed when you were your child’s age that are all about seeing and experiencing exotic places.

Get ready to read on with these wonderful books. Many have also been adapted for the big screen!

Tintin in Tibet by Hergé

It is said that this book was Hergé’s favourite.

From Tintin.com: A passenger plane travelling to Europe, crashes into the Himalayas. It turns out that Tintin's young Chinese friend Chang was on board the aircraft. Tintin in Tibet (1960) is a story of pure friendship, without any of the usual villains: a tale of Tintin's desperate search to find his friend.

The first book featuring the most famous of small little girls to grace the pages of a novel, who goes on to have many more great adventures after this one.

From Penguin Random House: Roughly 80 years ago, a spirited little red-headed girl stepped out of the pages of a book and into the hearts of readers. Madeline may have been the smallest of the twelve little girls who always walked in two straight lines, but she was the bravest—to the tiger in the zoo, Madeline just said “pooh- pooh”.

Island of the Blue Dolphins by Scott O’Dell

Loosely based on a true story of a girl who was found alone on an island.

From Scholastic: Karana, an indigenous American girl, lived happily with her people on the Island of the Blue Dolphins. And then one day a boat comes captained by a Russian man, who "looked at the little harbor as though it already belonged to him." Karana's family is destroyed, and eventually with the arrival of more white men, the entire community disappears from the island, save Karana. For years she will live on the island alone, using the skills of her people to survive.

My Side of the Mountain by Jean Craighead George

From the author who wrote many more wonderful books to check out, including Julie of the Wolves.

From Goodreads: Every kid thinks about running away at one point or another; few get farther than the end of the block. Young Sam Gribley gets to the end of the block and keeps going--all the way to the Catskill Mountains of upstate New York. There he sets up house in a huge hollowed-out tree, with a falcon and a weasel for companions and his wits as his tool for survival.

Twenty Thousand Leagues Under the Sea by Jules Verne

From the master of the ultimate adventure stories. Check out Around the World in 80 Days and Journey to the Center of the Earth as well!

From Wikipedia: During the year 1866, ships of various nationalities sight a mysterious sea monster. After a five-month search ending off Japan, the frigate locates and attacks the monster, which damages the ship's rudder. The three protagonists are hurled into the sea and ultimately climb onto the monster, which, they are startled to find, is a futuristic submarine. They wait on the deck of the vessel until morning, when they are captured, hauled inside, and introduced to the submarine's mysterious constructor and commander, Captain Nemo.

The Odyssey by Homer

One of the oldest adventure stories ever: a timeless classic.

From Goodreads: If the Iliad is the world's greatest war epic, then the Odyssey is literature's grandest evocation of everyman's journey though life. Odysseus' reliance on his wit and wiliness for survival in his encounters with divine and natural forces, during his ten-year voyage home to Ithaca after the Trojan War, is at once a timeless human story and an individual test of moral endurance.

If you are looking for additional resources and ideas for your family, check out these tips from award-winning children’s author and illustrator, Barbara Reid, this year’s honorary chair. Happy Family Literacy Day!