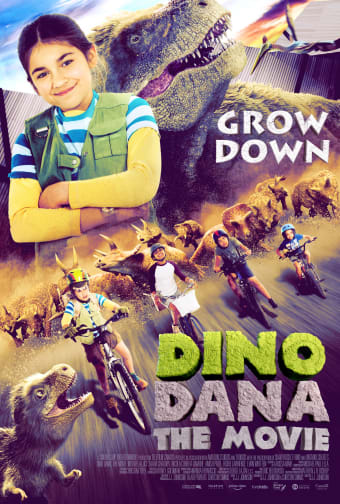 Nothing fires interest in science and history like an active imagination. This is no doubt why dinosaurs are a universal favourite with kids! Do you have a child who loves dinosaurs and fossils? Add these three locations to your day-trip plans for this year!

And bonus: we’ve got a contest where you have a chance to win one of 5 sets of four passes to the exclusive Toronto advance screening of Dino Dana The Movie on Thursday March 12, at 7pm below!

If you haven’t been recently, the Royal Ontario Museum has fabulous dinosaur collection, featuring an ongoing exhibit with a recent dinosaur discovery Wendiceratops pinhornensis. Being right in the city and easily accessible by subway, the ROM is always a great choice for inclement weather and PA days. This discovery was also featured on Dino Hunt Canada on History Canada!

Save this trip for when the weather starts to get warm! Near Dunville, on the coast of Lake Erie, is the rock Point Provincial park. Featuring many lovely trails and camping areas, one of the highlights of Rock Point is a limestone shelf with exposed fossils from a coral reef dating back over 350 million years. It’s perfect for little explorers who are discovering their own inner archaeologist!

What do sharks and chickens have in common? They both have some big prehistoric ancestors! And they’re not the only ones… While there aren’t many chickens to be found at Ripley’s Aquarium, several other living “cousins” to the dinosaurs are here, including sea turtles. Like the ROM, Ripley’s is a great trip for aspiring marine biologists, and convenient to get to.

Now that the imagination is all fired up… don’t miss Dino Dana The Movie! Dino Dana The Movie is an action-packed dinosaur adventure in which 10-year-old Dana tries to solve the question—where are all the kid dinos? Dana, her older sister Saara, and their new neighbors Mateo and Jadiel will go on a dinosaur journey bigger than anything Dana has ever faced before!


Enter below for a chance to win passes to the exclusive Toronto advance screening of Dino Dana The Movie, happening on Thursday March 12, 7pm at Cineplex Yonge-Eglinton before it hits theatres on March 21! Attendees will also have a chance to WIN a newly released dinosaur book from Nat Geo Kids - Weird But True! Dinosaurs and 1,000 Facts About Dinosaurs – giving your little fans even MORE fun ways to learn about their favourite dinosaurs.

3 Ways to Explore After Visiting Fantastic Beasts at the ROM

If you’ve got fans of creatures we can find in nature, you may not want to miss the Fantastic Beasts: The Wonder of Nature

Teach Kids about Food Science with these Hydrating Snacks!

The following 5 healthy snacks are yummy and help teach children about food nutrition and science.