5 Family Movies to Watch Filmed in the Greater Toronto Area 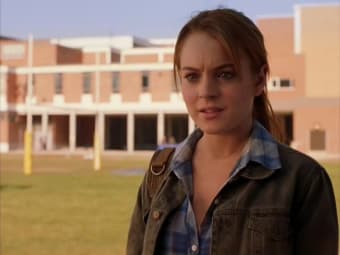 The winter season is a great time to curl up and watch something fun as a family. But it’s also important to get our exercise! With current restrictions and closures in Ontario to curb the spread of COVID-19, you may be looking for entertainment ideas. Why not indulge on some of these classic family movies that were filmed nearby, and later go on a walking tour to see if you can find the shooting locations in the Greater Toronto Area?

Here are 5 movies to consider for an outdoor family field trip to experience firsthand why our country earned the nickname of Hollywood North.

If your child loves giant robots fighting giant monsters, this movie’s likely to be a hit. A great deal of Pacific Rim is, naturally, green-screened. But there’s a few outdoor filming locations you might recognize in the movie (not the Netflix series).

You can rent Pacific Rim on YouTube (formerly Google Play) and Amazon Prime.

If you loved Short Circuit as a kid, you’re not alone. And if you had no idea that the sequel was filmed in Toronto, you’re also in good company. It’s a fair bet that a lot of the shots from Toronto and the Hamilton International Airport will look pretty different than they did in 1988, but there’s definitely at least one iconic shot where you will recognize Roy Thompson Hall, and possibly even the Toronto buses.

Check out Short Circuit 2 on one of the movie rental services including YouTube.

The 2000 version of X-Men directed by Bryan Singer was shot all around the Greater Toronto Area, and you may recognize locations from Casa Loma in Toronto all the way south to the Canadian Warplane Heritage Museum and Liuna Station in Hamilton! PS, that scene over the water? You guessed it, that’s Lake Ontario, near Burlington.

Here’s a handy list of some of the filming locations you can go see in person! You can rent this movie on iTunes and YouTube, or stream it on Disney+.

Do you have kids in high school? This teen comedy just might be a must-watch. It was partly inspired by the self-help book, Queen Bees and Wannabes, which covers school social cliques and bullying impacts on students. Though set in Illinois, most of the movie was actually filmed in the Toronto area, including at Etobicoke Collegiate Institute and Malvern Collegiate Institute. Landmarks you may recognize include the University of Toronto’s Convocation Hall and Sherway Gardens shopping mall.

If you love either Edward Norton or Ty Burrell (possibly best known as Phil Dunphy on Modern Family), or just love a good comic book adaptation, The Incredible Hulk is another great pick from the Hollywood of the North! You might recognize Yonge Street itself from one of the big fights, and the Gardiner for sure. But they also filmed in some nearby cities like Hamilton, using Dundurn Castle.

The Greater Toronto Area is a bustling hub of film industry, and this is just a small sampling of what you might recognize from nearby! Whatever you decide to watch, we hope you and your family have a great time.

Enjoy Play Monopoly Day with a Game and Fun Trivia

November 19 happens to be National Play Monopoly Day. We’ve also got 6 fun bits of Monopoly trivia you might not have known.

Enjoy Play Monopoly Day with a Game and Fun Trivia

November 19 happens to be National Play Monopoly Day. We’ve also got 6 fun bits of Monopoly trivia you might not have known.